The Ganni brand came into fashion as the creator of women’s knitwear made from unique yak wool. However, after a few years, designers present the world with a fresh look at Scandinavian fashion. The new Ganni collections have moved away from the cold, familiar minimalism and the traditional monochrome of the north. Today we see bold experiments with street style, logomania and even modern pop culture.

Ganni positions itself as a brand focused on conscious consumption. A large number of things are made from recycled and organic materials. There is a program to accept things that are no longer needed by customers in order to further process them. Also, the brand is helped in this by comprehensive measures to combat climate warming and promote gender equality.

Few Scandinavian brands have had such a big impact on the fashion world lately as Ganni . Founded in 2000, the brand is known for its smart online strategy, inclusive approach and local Copenhagen style, drawing on the independent and free thinking and aesthetic of Danish women. The concept is clearly gaining popularity internationally, as Ganni clothing has been embraced by celebrities such as supermodels Kendall Jenner and Gigi Hadid, American actress Jessica Alba, British writer and TV presenter Alexa Chung, Ukrainian model and director Anna Bogdan, and Vogue Australia senior fashion editor Kristin Sentenera. and Swedish singer Lykke Li, etc.

Ganni’s feminine yet playful aesthetic and the brand’s focus on affordable luxury have led it to collaborations with some of the world’s biggest retailers including Net-a-Porter, Browns and Selfridges, Levi’s and Ahluwalia, and an annual turnover of over 100 million euros.

Let’s take a look at how the Scandinavian brand managed to transform from a small independent business into a global fashion phenomenon.

Founding of the GANNI Brand

The history of Ganni began in 2000, when gallerist Frans Truelsen opened a small cashmere sweater brand in Copenhagen. However, the company began its real ascent only nine years later with the arrival of Nikolai Reffstrup and his wife Ditte in the business. Truelsen himself left Ganni in 2013.

What drove Ditte Reffstrup, a buyer by profession, to become creative director of the growing brand was her desire to create another type of Scandinavian style – Scandi 2.0. She was haunted by false beliefs that everyone in Scandinavia was either androgynous or bohemian.

The designer could not identify with any of these statements. “This is not the Copenhagen girl I know. There are many opportunities for women in Denmark. And you can see it in the way they dress,” Ditte said in an interview with FashionNetwork.com . As for Nikolai, who knew nothing about fashion, but was well versed in technology, he was driven by the desire to turn Ganni into a global brand.

Today, the brand, which continues to be based in Copenhagen, has about 25 own stores throughout Scandinavia and the US, as well as approximately 600 locations worldwide.

Ganni bills itself as a luxury designer brand, but its prices fall far short of the high-end fashion giants set (accessories start at $20, sweaters and dresses can range from $200 to $500, but nothing in the Scandinavian label’s range is worth more than $1,000). “We just did what we thought was right – set a fairly fair price,” said Nikolay Glamour . “The concept of democratic fashion is a good reflection of the society we live in and the way we think and act.

You don’t make the average Danish customer pay $600 or $800 for a basic dress, unlike the US citizen.”

Ganni clothing is colorful and playful – cozy rainbow striped jerseys, light dresses with bright floral and animal patterns, puffed sleeves, drawstring bags, banana and cherry print T-shirts and cowboy boots. This sense of fun, lightness and ease is at the heart of Ganni’s aesthetic, a departure from the minimalist understated style that most Scandinavian brands espouse.

Ganni is also on a “secret mission” to save the environment. In 2019, the brand launched the Ganni Repeat service, which allows customers to rent an unlimited number of items from past and current collections for up to three weeks.

Ditte and Nikolai also opened Ganni Postmodern, a concept store in Copenhagen that sells one-off samples and pieces from past seasons, and launched a program called Ganni Garment Take Back, in which they take back clothes and materials that customers no longer need in their stores. for further processing and reuse.

Ganni always works only with brands that support his core principles. Collaborations with Levi’s and Ahluwalia are a good example of this. Together with them, the Danish company launched two sustainable collections, proving that it is not necessary to sacrifice the environment for the sake of fashion.

After the successful introduction of Ganni Repeat in Copenhagen, the brand decided to spread the idea throughout Europe and America. In August 2020, Ganni teamed up with Levi’s to create a capsule collection that was not available for purchase but could be rented. They called it “Love Letter”, adding that this is just the beginning of their long-term partnership.

The collection includes 501 jeans, button-down shirts and dresses made from recycled denim and Levi’s vintage pieces. In addition, all items were versatile and provided the wearer with a variety of wearing options, including detachable collars and an adjustable waistline.

In February 2021, Ganni and Levi’s released another collection of 14 wardrobe staples including jeans, jackets, dresses and denim tops. The second joint work of partners, which was already available for purchase, was made from hemp. Hemp, compared to cotton, is a greener material that grows faster, requires less water, and leaves cleaner, healthier soils.

In April 2021, Ganni collaborated with London-based brand Ahluwalia ( LVMH Prize 2020 finalist ) to launch a womenswear collection based on the principle of circularity. All 19 items were created using recycled fabric left over from previous seasons by Ganni.

The collection, which was both modern and nostalgic, included patchwork dresses, tops, trousers, jackets and coats, in which bright blue and brown panels intersected with zebra-print striped motifs.

Ganni is a brand run by a married couple who go out of their way to keep the business as true to itself as possible. Ultimately, this is what makes it so special; this is the real reason everyone wants to be #GanniGirls. 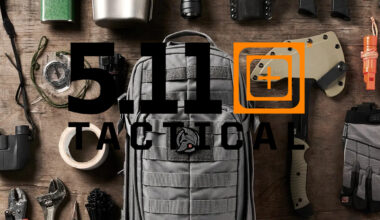 Read More
OOutdoor Gear
Initially, the 5.11 Tactical brand specialized in climbing products, in fact, “5.11” is the level of climbing difficulty… Read More
FFashion & Styles
What is your first association when you hear the word Crocs? Personally, the Crocs classic clogs of this… 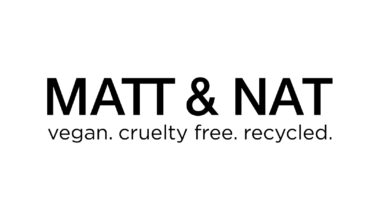 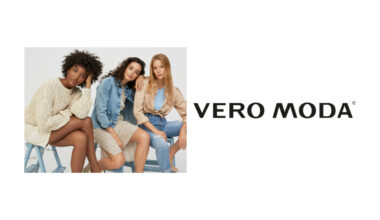 Read More
FFashion & Styles
The history of the Danish brand Vero Moda began in 1987, when Bestseller released a batch of clothes…

Read More
FFashion & Styles
Looking at the insulating layer it seems easy. Until you have to choose from hundreds. The Stio Skycrest…